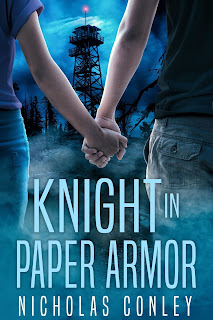 
Nicholas Conley
Genre: Dystopian
Publisher: Red Adept Publishing
Date of Publication: September 15, 2020
ASIN: B08CLSSX8Z
Word Count: About 113,000
Book Description:
Billy Jakobek has always been different. Born with strange and powerful psychic abilities, he has grown up in the laboratories of Thorne Century, a ruthless megacorporation that economically, socially, and politically dominates American society.
Every day, Billy absorbs the emotional energies, dreams, and traumas of everyone he meets—from his grandmother’s memories of the Holocaust, to the terror his sheer existence inflicts upon his captors—and he yearns to break free, so he can use his powers to help others.
Natalia Gonzalez, a rebellious artist and daughter of Guatemalan immigrants, lives in Heaven’s Hole, an industrial town built inside a meteor crater, where the poverty-stricken population struggles to survive the nightmarish working conditions of the local Thorne Century factory. Natalia takes care of her ailing mother, her grandmother, and her two younger brothers, and while she dreams of escape, she knows she cannot leave her family behind.
When Billy is transferred to Heaven’s Hole, his chance encounter with Natalia sends shockwaves rippling across the blighted landscape. The two outsiders are pitted against the all-powerful monopoly, while Billy experiences visions of an otherworldly figure known as the Shape, which prophesizes an apocalyptic future that could decimate the world they know.
Amazon
Excerpt:
“So,” Roseanna said, “according to my superiors, young Billy came to the attention of Thorne Century due to his long medical history.” She opened her folder and riffled through. “Dozens of child therapists, doctors, prescriptions, treatments… wide range of disease symptoms and ailments as well as wild mood swings but no evidence of any physical illness or precise mental disorder. The word psychosomatic is bleeding from these papers. I don’t buy it.” Roseanna leaned forward. “I think it all fits a certain pattern.”
“The doctors don’t understand.” Tzeitel bit her lip, paused, then spoke again. “Neither do his parents, though I love them. No. They merely say that he imagines things. Hallucinations, they claim.” She glanced at her frail grandson still shivering in the humidity. “I disagree. He often gets sick, but the sickness comes not from him.”
“Can you explain?” I think she gets it.
“As a baby, he constantly changed personalities, like this”—Tzeitel snapped her fingers—“depending on who held him. Smiling or shrieking, it flipped constantly, and whenever he cried, all of us cried with him for no reason. Not like a normal baby. His brother was not like this, either.”
“I see.”
“It was not so extreme when he got older. But when others are sick…” She knotted her fingers. “He goes to them, touches the place it hurts, and the pain goes away. It goes inside him, instead, until it fades. Very strange.” She frowned. “When people are sad? He walks into a room, makes himself smile—poof, no one is sad anymore, except he becomes sad. Sometimes, I catch him sneaking out across town to help people who are troubled.” She eyed him. “I don’t like it when he does that, though it is very nice of him.”
“He senses things?”
“Doctor, my grandson has a gift. Yes, he senses things. He feels things. He does things to people… things that, perhaps, the world is not ready for.”
Despite the heat, Roseanna felt chills. “I believe you.” 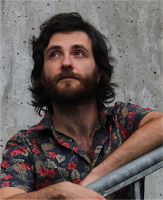 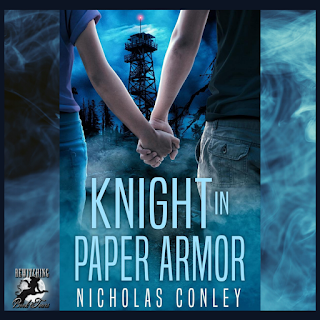 Momma Says: To Read or Not to Read
http://mommasaystoreadornottoread.blogspot.com/