VETERAN AUTHOR, ARTIST RELEASES DEBUT NOVEL ABOUT A TEENAGER’S DESPERATE ATTEMPTS TO SAVE HER FATHER FROM MYSTERIOUS ILLNESS & DEATH

Stephanie Rose Bird Adds Another Accomplishment to Her Long List CHICAGO (March 22, 2020) — Author and visual artist Stephanie Rose Bird has released her debut novel, Out of the Blue, a young-adult coming-of-age tale of a teenage girl who struggles to save her father, a blues singer and shrimper from Mobile, Alabama, who lies unconscious in a hospital bed, suffering from a mysterious illness.

In order to save her father, 15-year-old Tina must travel to a world of strange and magical creatures to wrestle his soul from control of a Siren. A gift from Greek mythology, Sirens were said to be alluring yet dangerous harp-playing, half-woman-half-animal creatures who attracted sailors with their lovely singing, driving them to their deaths.

“Sirens were my inspiration for this book,” says Bird. “I love mythology and folklore and am particularly captivated by stories involving Sirens.” While Out of the Blue is Bird’s first novel, the multi-talented Chicago-area writer and artist is the author of several books, including Sticks, Stones, Roots and Bones: Hoodoo, Mojo and Conjuring with Herbs, Four Seasons of Mojo, A Healing Grove: African Tree Remedies and Rituals for Body and Spirit, and The Big Book of Soul: The Ultimate Guide to the African American Spirit; legends and lore, music and mysticism, recipes and rituals and 365 Days of Hoodoo.

In Out of the Blue, fifteen-year-old Tina is on a search for the where, who and how. She finds herself flowing in and out of several distinctly different cultures. She wonders where she fits into her community and even her family. She thinks she knows who her people are but her deep ancestry paints a different story. “The story marvels at the resiliency of the human spirit,” says Bird. As

Tina’s magical journey twists and turns, she’ll learn what it means to be a woman and what it means to save not only her father, but herself, as well. Bird’s paintings have been exhibited nationally and internationally in museums, universities and galleries. Bird has won numerous grants, fellowships and scholarships including a Pollack-Krasner Foundation Grant, a San Diego Opportunity Fellowship, a Ford Foundation Faculty Enrichment Grant and funding from the Australian-American Educational Foundation. Published by One Odd Bird Press, “Out of the Blue” is available for Kindle and goes on sale today at Amazon for $5.99. A paperback version is also available at Amazon. 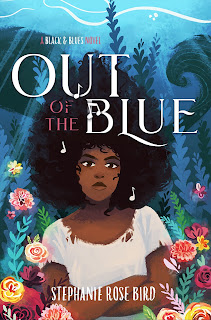 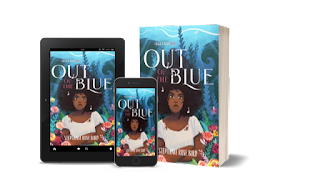 About the Author:
Stephanie Rose Bird is the author of the critically acclaimed and award-winning, “Sticks, Stones, Roots and Bones: Hoodoo Mojo and Conjuring with Herbs.” Her other books include: “365 Days of Hoodoo,” and “Four Seasons of Mojo,” all three were published by Llewellyn Worldwide. Bird also contributes to Llewellyn Spell-a-Day,” “Llewellyn Herbal Almanac” and “Llewellyn Magical Almanac.” She is the author of: “Earth Mama Spiritual Guide to Weight-loss” (Green Magic Publishing), “A Healing Grove” (Lawrence Hill Books), “The Big Book of Soul,” (Red Wheel Weiser/Hampton Roads Publishers) and “Light, Bright and Damned Near White: Biracial and Triracial Culture in America and Beyond.” (ABC-Clio).
She is a novelist, published by One Odd Bird Press, in the Young Adult Fantasy and Magical Realism genres. “Out of the Blue” is her debut novel in the Black and Blues Series. One Odd Bird Press will also publish “Pine Barren Blues.” She writes and paints where she lives (Chicagoland) with her husband, near her children, and along with some very busy animal friends.
Facebook: www.facebook.com/stephanierosebirdauthor/
Instagram: www.instagram.com/s.r.bird
Twitter: https://twitter.com/stephanierosebi
Website: www.stephanierosebird.com
Blog: http://stephanierosebirdstudio.blogspot.com 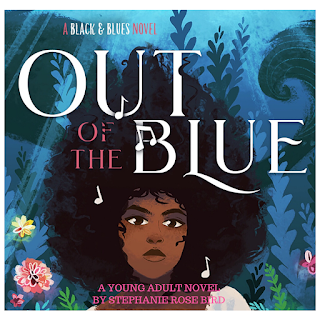