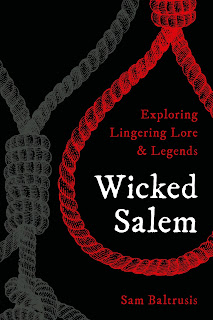 Wicked Salem is An Interesting Read For Salem Enthusiasts

Wicked Salem by Sam Baltrusis is a nonfiction novel about  many of the tragic happenings in Salem's past and the resulting hauntings that occur today because of them. Each chapter is set up about the same. It talks about something that happened in Salem's past such as a few of the Salem witches, Captain White, and many other tragic events. The second half of each chapter talks about the haunting that current people have experienced in the areas that the tragic events happened.

I like that the book talks about other subjects other than just the witch trails which most books about Salem concentrate on. And if you are into ghost hauntings, this book could be a great guide to where many of Salem's hauntings are located.

This book is a bit text bookish for my taste, but you will learn a lot. I prefer a less formal nonfiction book like the Lore books by Aaron Mahnke. I also felt there was a lot of text that was repeated? I had a pre-release copy of the book so maybe that is not in the finished product, but a lot of the information in the introduction was repeated again word for word later in the book. There are a few sections within chapters like that as well. Not a big deal for me, just a small annoyance.

I do recommend getting this book if this type of information interests you and you would like to know more about the strange happenings in Salem besides the witch trails.

ISBN: 978-1-4930-3711-7
ASIN: 978-1-4930-3712-4
Number of pages: 264
Word Count:  61,500
Cover Artist: Globe Pequot Press
Tagline: Something Wicked This Way Comes
Book Description:
It’s no surprise that the historic Massachusetts seaport’s history is checkered with violence and heinous crimes. Originally called Naumkeag, Salem means “peace.” However, as its historical legacy dictates, the city was anything but peaceful during the late seventeenth century.
Did the reputed Boston Strangler, Albert DeSalvo, strike in Salem? Evidence supports the possibility of a copy-cat murder. From the recently pinpointed gallows where innocents were hanged for witchcraft to the murder house on Essex Street where Capt. Joseph White was bludgeoned to death and then stabbed thirteen times in the heart, Sam Baltrusis explores the ghost lore and the people behind the tragic events that turned the “Witch City” into a hot spot that has become synonymous with witches, rakes, and rogues.
Amazon     BN    Globe Pequot Press
Excerpt:
What is it about the sleepy New England city that engenders itself to history’s witches, rakes and rogues?
Salem, Massachusetts suffers a bit of an identity disorder. There are two versions of the so-called “Witch City” that have symbiotically etched itself into the collective unconscious. There’s the iconic, blood-stained Salem that boasted a sadistic sorority of witch-hanging zealots in the late 1600s. And then there is the modern, witch-friendly spectacle that welcomes thousands of supporters into its coven of commercialism every October.
It’s a tale of two Salems.
As far as the paranormal is concerned, the city is considered to be hallowed ground. However, based on my personal experience as a local historian and tour guide, Salem has a love-hate relationship with its ghosts. Why?
"The city has a long history of not wanting to get wrapped up in commercializing its witch history," explained Tim Weisberg, host of the radio show Spooky Southcoast and researcher with Destination America's Haunted Towns. "It's something they've only really embraced over the past couple of decades. There's still a bit of an 'old guard' in the city that doesn't want to see anyone capitalizing on witches, ghosts or things of that nature.”
As Salem’s on-air expert for the national Haunted Towns TV show, I helped Weisberg hunt for locations with ties to the witch trials of 1692. It was tough. “As they've let some of that guard down and television shows have come in, it's been my experience that the 'powers that be’ who control many of the allegedly haunted and historic locations have been disillusioned with the way productions have come in and treated its history,” Weisberg told me. “At least, that's what I heard in the rejections I received from certain locations when attempting to get permission to film Haunted Towns."
Known for its annual Halloween “Haunted Happenings” gathering, it’s no surprise that the historic Massachusetts seaport is considered to be one of New England’s most haunted destinations. With city officials emphasizing its not-so-dark past, tourists from all over the world seem to focus on the wicked intrigue surrounding the 1692 witch trials.
Originally called Naumkeag, Salem means “peace.” However, as its historical legacy dictates, the city was anything but peaceful during the late seventeenth century. In fact, when accused witch and landowner Giles Corey was pressed to death over a two-day period, he allegedly cursed the sheriff and the city. Over the years, his specter has allegedly been spotted preceding disasters in Salem, including the fire that destroyed most of the downtown area in June 1914. Based on my research, a majority of the hauntings conjured up in Salem over the city’s tumultuous four-hundred-year-old history have ties to disaster, specifically the one-hundred-year-old fire that virtually annihilated the once prosperous North Shore seaport.
Cursed? Salem is full of secrets. 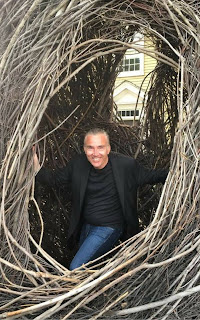 
Sam Baltrusis, author of Wicked Salem: Exploring Lingering Lore and Legends, has penned eleven historical-based ghost books including Ghost of Salem: Haunts of the Witch City. He has been featured on several national TV shows including Destination America's Haunted Towns, the Travel Channel's Haunted USA on Salem and served as Boston's paranormal expert on the Biography Channel's Haunted Encounters.
During the summer of 2019, he will be featured on the one-hundredth episode of A Haunting airing on the Travel Channel. Baltrusis is a sought-after lecturer who speaks at dozens of paranormal-related events scattered throughout New England, including an author discussion at the Massachusetts State House and paranormal conventions that he produced called the Plymouth ParaCon in 2018 and the Berkshire’s MASS ParaCon in 2019. In the past, he has worked for VH1, MTV.com, Newsweek and ABC Radio and as a regional stringer for the New York Times.
Visit SamBaltrusis.com for more information.
http://www.sambaltrusis.com
http://www.twitter.com/sambaltrusis
http://www.facebook.com/sam.baltrusis 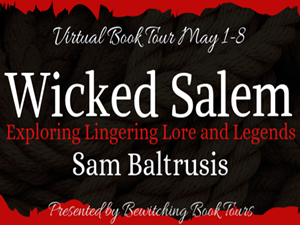