Congratulations to author Heather Van Fleet on the release of The Liars Beneath!

Congratulations to author Heather Van Fleet on the release of The Liars Beneath! Read on for more info. 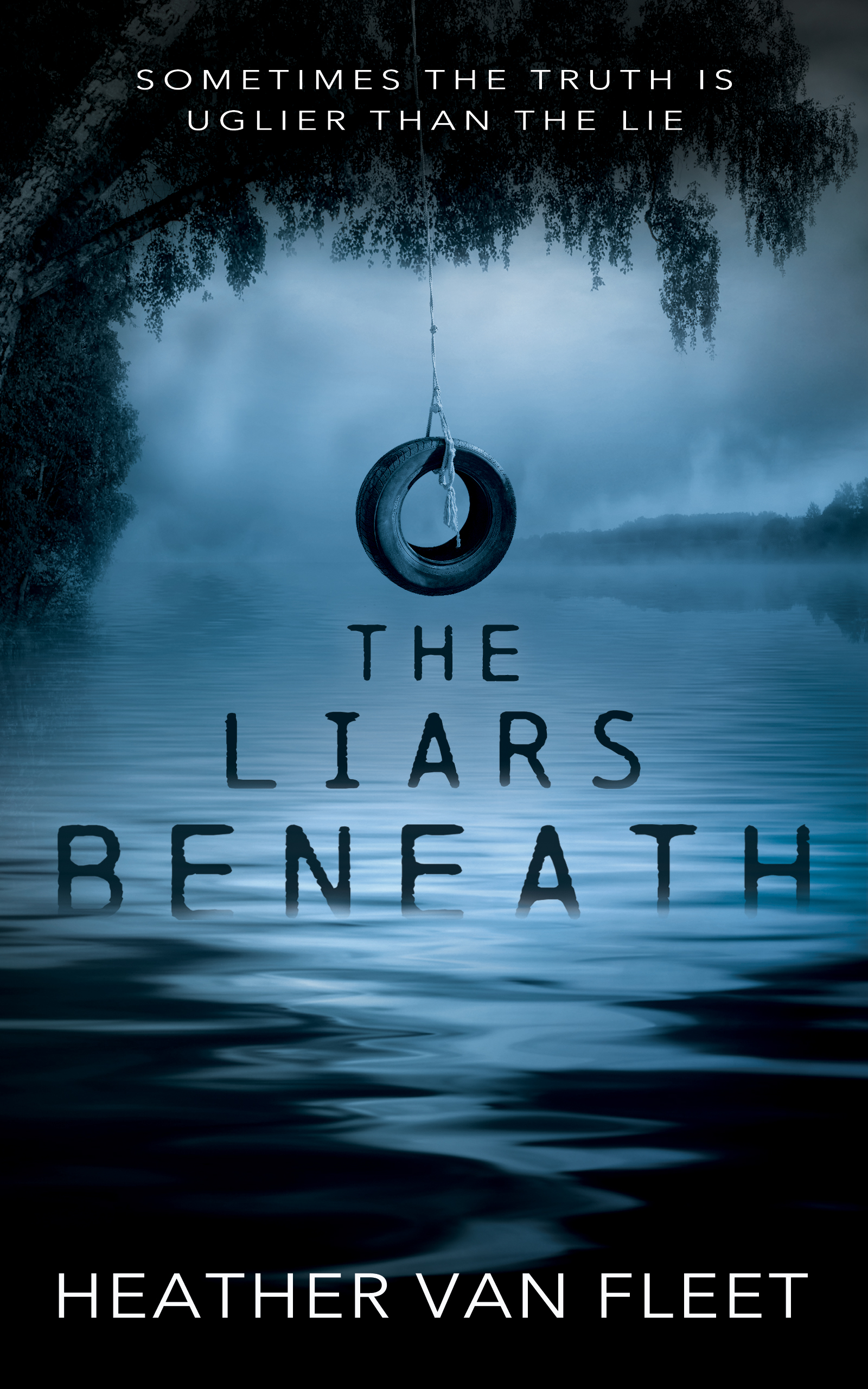 The Liars Beneath Genre: Upper YA Thriller/Mystery w/ Romantic Elements Publication Date: January 27th, 2022 Publisher: WiseWolf Books TW: Mentions of Sexual Assault, coercion, drug use, drinking, suicide. After a tragic accident ends her best friend’s life, 17-year-old Becca Thompson succumbs to grief the only way she knows how: by wallowing in it. She’s a fragment of the person she once was—far too broken to enjoy the summer before her senior year. But when Ben McCain, her best friend’s older brother, returns home, Becca must face her new reality head on. She isn’t interested in Ben’s games, especially since he abandoned his sister during the months leading up to her death. But when he begs for her help in uncovering the truth about what really happened the night of his sister’s death, Becca finds herself agreeing, hoping to clear up rumors swirling in the wake of her best friend’s accident. An unhinged ex-boyfriend, secret bucket lists, and garage parties in the place Becca calls home soon lead her to the answers she’s so desperate to unveil. But nobody is being honest, not even Ben. And the closer Becca gets to the truth—and to Ben—the more danger seems to surround her. Clearing her best friend’s name was all she wanted to do, but Becca is quickly realizing that the truth she craves might be uglier than the lies her best friend kept. Add to Goodreads

Splinters tear at the undersides of my nails when I squeeze the church pew ahead of me. The raw skin burns, but I welcome the pain, needing it to distract me from the ache in my chest.

In front of me sits an old man who’s scratching at his comb-over toupee. The side falls down past his right ear, leading way to the baldness beneath. I huff, irritated because I can’t see the front of the church around his oversized head...not that I want to. Not when I know what’s there.

The results of my biggest mistake.

“And now a reading from the book of Ecclesiastes, chapter three, verses one through eight.” The minister clears his throat, talking nonsense Rose would’ve laughed at.

Instead of listening, I relax under Dad’s arm, while Mom clings to my right hand. Settled and sheltered, I shut my eyes, welcoming the darkness. It promises peace, an almost believable sense that this isn’t happening.

In a world away from grief, I’m with my best friend again—the echo of her voice whispering promises of forever in my ear. We climb trees, fish with my father early in the mornings on his boat, then spend our afternoons swimming in the river alcove off Colton Road.

Our space, our world, she tells me.

Yes. Always, I smile and say.

I clutch Mom’s hand even tighter, bottom lip trembling. The minister tries to pull me back in, but I won’t let him. Not now.

Slipping back into my memories, I inhale the smoke from summer bonfires, taste the s’more goop dripping from between my lips, listen to Rose’s laughter while she watches me shove four marshmallows into my mouth at the same time.

Away from the church, in the dark, non-lonely recess of my mind, mud squishes beneath my boots with every step we take along the dam near my house. Rose teases me for being scared of falling into the water, her blue eyes filled with mirth.

With the setting sun at her back and a hand over my forehead blocking the glaring light, I watch her long-limbed body teeter close to the edge, balanced on one foot like a ballerina. As always, she’s completely fearless.

But then the rush of water drifts closer, her lips part in a silent scream, and I gasp...

More tears fill my eyes when they pop back open, and my recollections become nightmares with the snap of a twig beneath my feet, though I wasn’t there the night she died.

The sole source of Rose’s end was the exact same thing I feared falling into for so long. Irony is cruel.

Two weeks ago, I was finishing up the first of my college applications, readying for senior year. Now I’m preparing for a future knowing Rose would be by my side every step of the way.

We were best friends. Like sisters even. Joined at the hip since the age of ten, living the dream of two girls eager to become women. Rose was the other half to my whole. Together, we could have accomplished anything.

If only she hadn’t been so stupid.

If only she was still alive.

I shiver, letting go of Mom’s hand to wrap my arm over my stomach. The muscles harden beneath, and agony builds a bomb inside.

“You okay, sunshine?” Dad whispers, no doubt sensing my mood.

No, I want to say. I’m dying inside. But that’s not what comes out.

My gaze wanders the congregation, searching for familiar faces. Those who loved Rose, those who might have hated her too.

Sienna’s the first person I see. She’s a girl I know from school, someone I hung out with at lunch if Rose wasn’t there. A friend to me, a barely passable acquaintance to Rose. Her exposed cheek is blotchy and red, stained with tears I’m surprised she’s shedding.

Beside her sits her on-again, off-again boyfriend, Alex. His arm is draped around her shoulders and his head is tipped back, brown eyes half-lidded as he looks to the ceiling. He’s either high or sleeping. Either option wouldn’t surprise me

I look away, catching sight of a few nosy townspeople, some distant relatives of Rose’s I barely know too. Overall, though, I don’t see many familiar faces. Not Adam, her best guy friend. Not even Travis—though my ex not showing up doesn’t surprise me. I think he hated Rose more than she hated him.

“And finally, I’d like to leave you with a few words from Rose’s older brother, Ben,” the minister finishes.

My lips part with shock. I move forward in the pew, my father’s arm falling away. I can’t believe he’s actually here.

My best friend talked nonstop about Ben; hero-worshipped him even, despite the fact that he constantly ignored her. His achievements were her achievements. The awards he won, the trophies he earned playing football too. Rose treated her older brother like a king. A saint, really, who could do no wrong.

But then Mr. Perfect went away to college and turned his back on Rose and everyone else who loved him. That’s when everything changed. 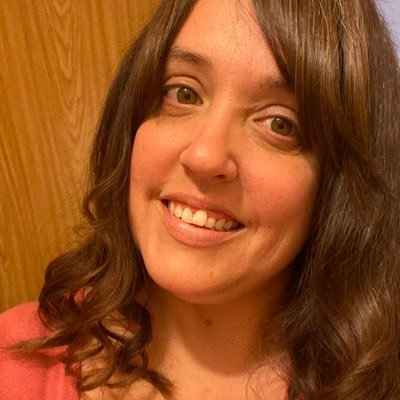 Heather Van Fleet is a Midwestern-born author with a love of all things spontaneous road trips, TV shows that leave her questioning her morals, and book boyfriends. As a graduate of Black Hawk College, Heather took her degree in early childhood development, tossed it into the garbage, and is now living the dream writing books sprinkled with suspense and lots of kissing. She’s currently living out her own version of a happily ever after with her high-school-sweetheart-turned-husband, their three hugely feminist daughters, and two fur babies with bad attitudes. When she’s not being a mom or writing books, you can find her drinking way too many energy drinks or crashing out on her sofa with a romance novel of some sort.

B is for Book Review (Spotlight) https://bforbookreview.wordpress.com