Check out The Book The Secret of Dartwood Manor The Witchling Trilogy Book One by N. A. Triptow 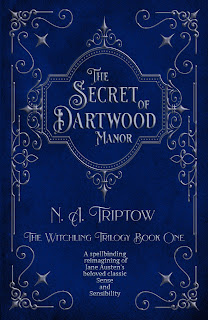 The Secret of Dartwood Manor
The Witchling Trilogy
Book One
N. A. Triptow
Genre: Contemporary Fantasy,
Young Adult, Romance, Mystery
Publisher: Wishing Well Publishing
Date of Publication: January 18, 2021
ISBN: 978-1-7363844-0-4
ASIN: B08RS7PTG1
Number of pages: 382 pages
Word Count: 103,825 words
Cover Artist: Nicole Triptow
Tagline: A spellbinding reimagining of Jane Austen’s beloved classic, Sense and Sensibility.
Book Description:
Witches. Ghosts. An ancient secret. Enter a world of myth and magic through this contemporary fantasy reimagining of Jane Austen’s beloved classic, Sense and Sensibility.
The small New England town of Tarryville, Maine is steeped in history, having been settled by the Dartwood and Farris families who fled Salem during the witch trials. The Dartwood sisters, Eden, Mariah, and Melissa, unexpectedly return home after their parents are found murdered. Upon their arrival, the girls are plagued by dreams in which dark spectral beings haunt them.
When the hellish creatures seem to be more than just nightmares, another mystery begins to unravel as they discover that the circumstances around the murder of their parents may be far more menacing than they appear. Frantic for answers, they must untangle the mystery of their parents’ murders and reconstruct the pieces of an ancient secret.
With the help of the young assistant curator of their family museum, Baden Correia, and an estranged friend from their past, Evan Farris, the orphaned Dartwood sisters must uncover the truth before the darkness haunting their family descends upon them as well.

Mariah found herself staring at the blank screen of her laptop for longer than she intended after the video call ended, hardly even noticing when the tears began to stain her cheeks. When there were no more tears left to shed, she closed her laptop and placed it on her bedside table. Rearranging herself on her bed she crawled under the covers and tried to shut her eyes, but the room around her tugged at her mind, summoning all of the haunted bedroom scenes she’d watched a million times in movies. Suddenly thankful for the old-fashioned four-poster bed, she pulled the curtains tight around her, blocking out the unwanted sights and was finally able to go to sleep.

The stillness of the manor was like a quiet pond just waiting for a fish to upset its equilibrium. The manors beside one another were nearly identical in their architectural design, but now, in the gloom of the night, the Farris manor echoed the dread of the once bright Dartwood manor with such exactness that it seemed as if they were all sleeping in a cemetery. No one stirred in the house, save for the shadows that danced through the windows in the moonlight. The stillness was disturbed, however, as one by one the shadows in the three Dartwood girls’ rooms began to move in purposeful strides. The moonlight no longer directed them in a nightly waltz as they made their way toward the girls.

The shadows, each a ghostly orb of darkness, started their trek from different locations in the rooms. In Eden’s room the mist trickled in from the window, while in Mariah’s it inched between the moth-eaten holes in the cloth ceiling of the four-poster bed, and in Melissa’s it crept in from under the bed itself. Slowly, the haze advanced upon each girl, their forms growing ever more into the silhouette of a person as they neared them. Hovering now only a foot or two above the girls, in unison, as if directed by the moon once more, an ethereal hand reached for each girl, fingers looking more like claws than anything else. A high pitched and yet deep hiss of sound escaped what should have been lips on the silhouettes, darkness protruding and encircling itself around the sleeping forms of the girls below them. Then, without warning, all three silhouettes shrieked a cry of disappointment, an unearthly shrill.

The sound woke each girl as they came to the terrible realization that what had been haunting them in their nightmares was in reality hovering just above them as they slept. Gasping, the silhouettes dissipated into nothing so quickly that none of the girls were quite certain of what they had seen. Nonetheless, each rose out of their beds with such haste that they all opened their doors at the same moment, only to be greeted by the horror-struck faces of their siblings. 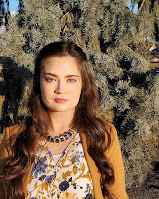 N. A. Triptow graduated from The University of Utah with a Bachelor of Arts in English Teaching with minors in History Teaching, Theatre, and British Studies. She teaches high school English and Film Studies. She is currently pursuing a Master of Science in Strategic Communication and Advertising from Purdue University. In her free time, you can find her reading, watching and analyzing movies and television shows, attending the theatre, going on walks or hikes, and playing board or video games with family and friends. She lives in Utah. 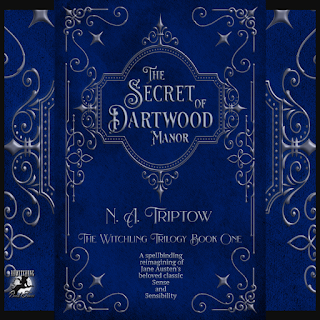