For sixteen year old Mattie Hathaway, this is her normal everyday routine. She’s been able to see ghosts since her mother tried to murder her when she was five years old. No way does she want anyone to know she can talk to spooks. Being a foster kid is hard enough without being labeled a freak too.

Normally, she just ignores the ghosts and they go away. That is until she see’s the ghost of her foster sister… Sally. 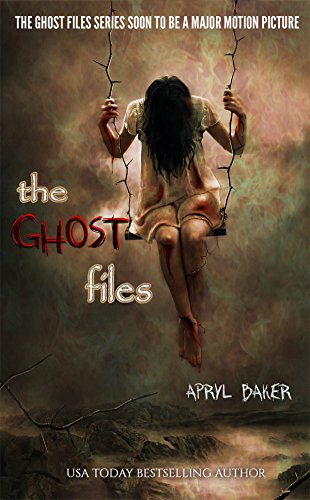 This book was good. I liked the writing style.There was no bad language that I recall which may be important to some people like parents since this book is in the Young adult category. There were no sex scenes either, but there were some violent descriptions of ghosts and the actions of serial killers.

Sixteen year old Mattie is our main character. She is a typical teen except she sees ghosts. I think the author was trying to make it seem like she pushes everyone important to her away because of what happened to her at five years old, but it came across more like she falls for anyone who shows her kindness, which was a little annoying to me after a while. She ends a relationship with her boyfriend without even talking to him again in the story after coming attracted to someone new. I'm not saying this isn't realistic for a teen girl, it is, but it happens four times during the story. It makes Mattie hard to like at times.

The plot is simplistic but makes since. I wish Mattie would have some how figured out on her own who the killer was instead of being lead by a ghost. Also, Mattie was able to see a live girl being tortured. Why? This plot point was never resolved. There are more books in the series so maybe one of those books deal with this issue. There should have been some kind of follow up about it at or near the end of the novel.

It also bothered me that they went to only one paranormal expert and what he told them about ghosts was what was actually happening. A little too convenient, but I did say the plot was simplistic. it should have been a bit harder to come across the information she needed about the afterlife.

Will I read the other books in this series? I don't know yet. I have a lot of other books to read so maybe not. The book was good enough for me to read the whole story, but I don't know if I want to continue with it. I'm afraid it is going to get too love trianglely down the road and be more about the romance than the horror and ghosts.